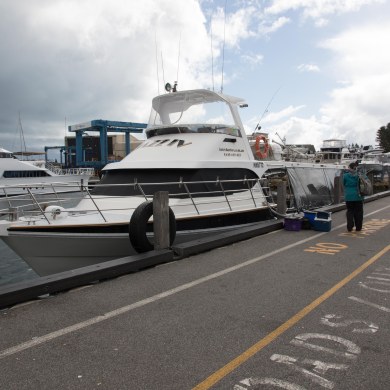 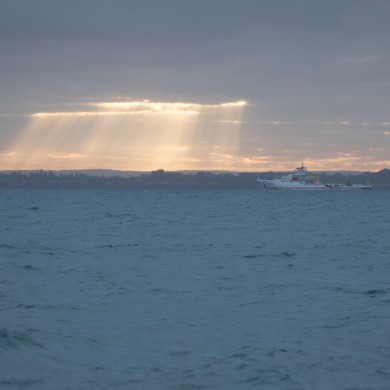 I went for my first ever pelagic bird watching trip on the weekend.  I had wanted to go on one for ages but none had been close enough.  I was up at 5am for a 6:30am and 6:45 departure from Fremantle.  I had been worried about the weather but it was only overcast and the forecast was a window of good weather before a cold front came in the evening.  There were 28 of us – I didn’t know anyone but was amongst similar minded people.

We got ourselves underway and saw a few common seagulls and a welcome swallow on the way out.  We saw our first Indian Yellow-nosed Albatross just before we hit Rottnest – this was my first lifer of the day.  Next a call went out “Orca” or Killer Whales.  I had secretly been hoping for some mammals on the trip and I got really lucky early on – they are pretty rare around Perth and these were found just on the seaward side of Rottnest – not that far off West End.

The pod had a couple of males identifiable by there tall thinner fin and some females with the more rounded dolphin like fin.

We had amazing views of an animal I have always wanted to see but thought I was going to have to travel to Bremer Bay or Exmouth to see!  I was very excited 🙂 We then headed out further to see the birds..

We then saw a Cape Petrel – new for me – but pretty common on the ocean.

Our destination was the start of the Perth Canyon approx 25 nautical miles offshore (45kms for non seafaring types!).  It is incredibly deep and we were in depths of 800m+.  This is where you get the pelagic birds – amazing to find them so far away from land.  We had a tuna oil slick and were chumming with mulies.  Pretty soon we had a bunch of majestic albatross behaving like squabbling seagulls!

We saw a rarity – a subspecies of the Yellow-nosed Albatross – the normal ones around Perth are the Indian but we also saw an Atlantic – quite a long way from home.  You may have to take my word for it (I took others) but the darker eyes are the indicator for that subspecies.

The map below gives a good idea where we headed out and also where I took most of my photos – I took 500+ this day – but heaps were blurry.  I learnt some new skills balancing on a rocking boat trying to aim a huge lens at a flying bird – it can mean plenty of blurry shots and some just of water!

We went out a looooong way!

Assorted photos of most of the bird species I saw. 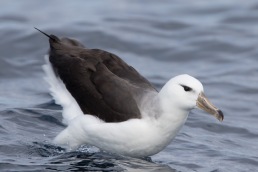 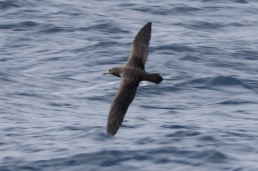 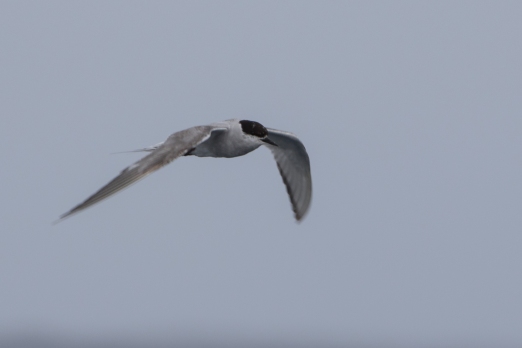 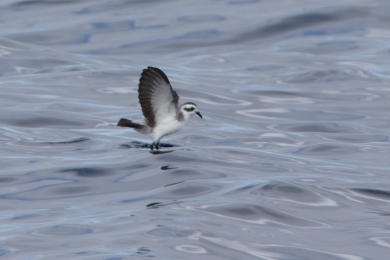 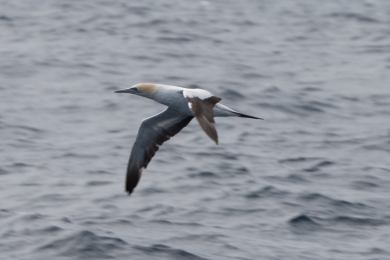 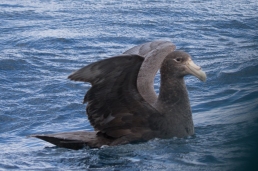 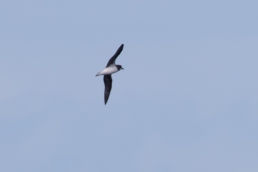 It was an awesome day – 14 new species of Perth and 1 new mammal.  I was also really pleased with some of my photos taken in challenging conditions.