The Western Ringtail Possum (Pseudocheirus occidentalis) is not as common as the Brushtail possum which I have seen many times and spoken about in this blog.  In fact the Western species is classified as vulnerable (some say they are endangered now) and the overall population is tending to decrease due to habitat loss, fragmentation and predation by pythons, feral cats & foxes.  They are pretty much aboreal (live in trees), eat mainly peppermint (Agonis flexuosa) leaves and make nests in trees called dreys (brushtails prefer tree hollows).  There main stronghold is in the Busselton region where they are often seen but much of their original habitat has been lost.

I got a tip off from my in-laws who were staying in Mandurah that they had possums outside their accommodation and after clarifying with them – they were ringtails!  I did some googling and found that Dawesville has the most Northern populations of ringtails.  These populations are meant to have come from a successful translocation from Yalgorup National Park and they have moved into this area.

My family and another were staying in Mandurah on the Easter Long Weekend.  Last year I convinced my mate Russ to go spotlighting at Paganoni Lake and all we saw was a roo and a Southern Boobook – when we had hopes of phascogale!  Anyway this year I thought the ringtails would be good target after the information I had received.

We headed out after getting the kids all in bed and leaving our wives behind.  The first thing we saw was this lovely Tawny Frogmouth.

We tried to get a photo of a cat (either roaming pet or feral) roaming a park by the estuary but it was very wary.

We then visited Warrungup Spring Reserve thinking there must be wildlife there.  We soon saw a brushtail possum on the ground dash up a tree, some sleeping kookaburras and a couple of roos.  No ringtails though.

Glimpse of a Brushtail Possum

Butt of a Western Grey Kangaroo 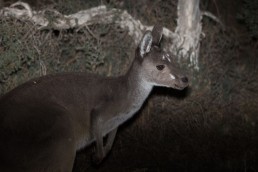 We headed further south to our ringtail spot.  I am not going to specifically divulge the spot due to their conservation status (if you want to know contact me via the form on the about page).  On the way a quenda crossed the road in front of the car but didn’t hang around for a photo.

We then saw this pretty calm brushtail possum in a grassed area with a few rabbits that hid pretty quickly.

We then went straight to our possum spot and found another brushtail just hanging out.  Just a few minutes later Russ spotted our first ringtail but it didn’t allow me to get a good photo as it was hidden by a fair amount of foliage.  We walked on and found another! and then another!  They look quite different from a brushtail possum but the giveaway is when you compare the tails – the white thin tail of the ringtail cf the brushy tail of the brushtail. 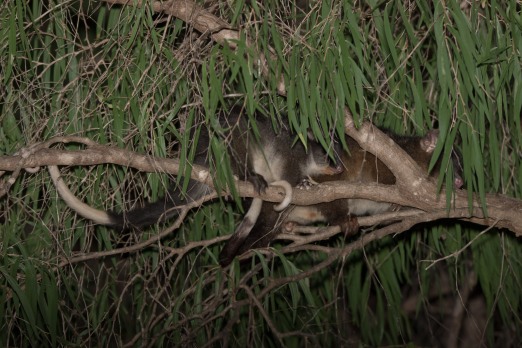 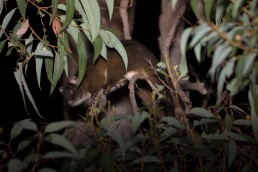 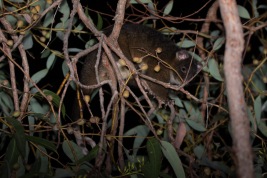 We did see this sad sight of a dead ringtail on the side of the road – possible roadkill while trying to cross.  Typically ringtails rarely travel on the ground but they can be forced to do so where there are breaks in the canopies. 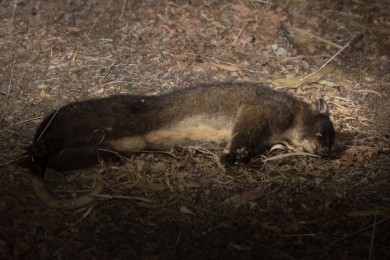 We also saw some other brushies and a feral rabbit.  We did hear overhead a White-striped free-tail bat – one of the only bats audible to the human ear. 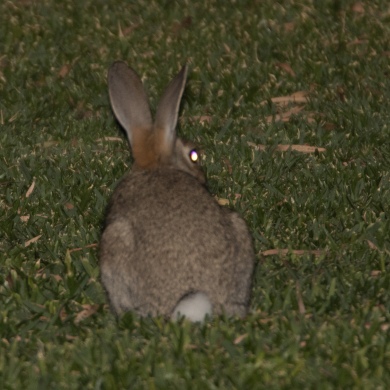 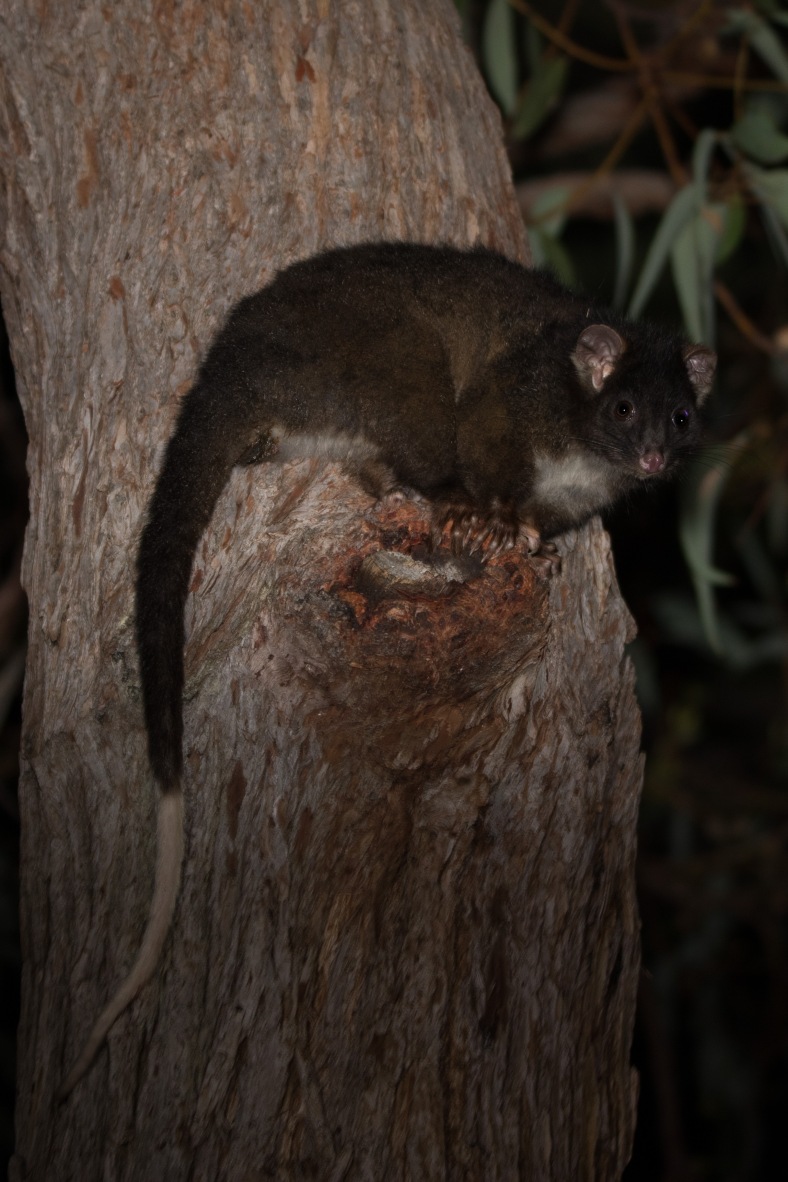