I took some time off during my son’s first lot of school holidays as he has just started kindy this year.  He has been saying for ages that one of his favourite animals was the penguin – so we planned to take him down to Penguin Is.  Only 45 mins south of Perth is Penguin Is – just south of Rockingham.

Accessible by a quick 5 min ferry from Rockingham Wild Encounters the island is part of Shoalwater Marine Park and home to 1200 Little penguins (Eudyptula minor).  DBCA have a discovery centre on the island where you can see captive rescue penguins.  They really reinforce to use the boat – as there have been deaths with people using the sandbar to access the island.

Liam and I made the quick ferry ride across and were pleased to see a sea-lion frolicking in the bay not far from the boat.  There is a colony of sea-lions on another island in the marine park.

Liam on boat with Penguin Is in background.

We headed into the discovery centre to get some really good looks at penguins – Liam really enjoyed it and was attentive for the ranger talk as well.

One of the penguins is named Kevin and he is quite a show penguin.

We then headed to walk around the island to look for wild penguins in amongst the boardwalks.  Penguins are out at sea feeding for most of the daylight hours – so you don’t actually see many penguins on the island!  We heard there were a couple of male sea-lions that were nursing shark wounds and had been seen on the beach – so we went looking!  None there that day.

We then walked up to one of the lookouts finding this fat King skink (Egernia kingii) – we wondered if it might be pregnant?  They are live bearers. 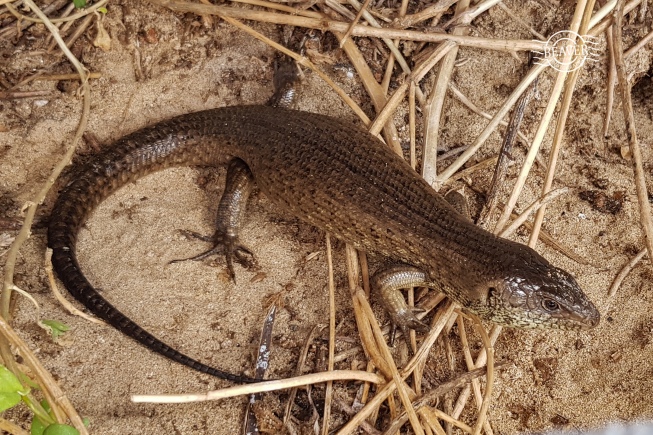 At the lookout we were harassed by seagulls who had nested right next to the boardwalk – Liam marvelled at the colours of the eggs. 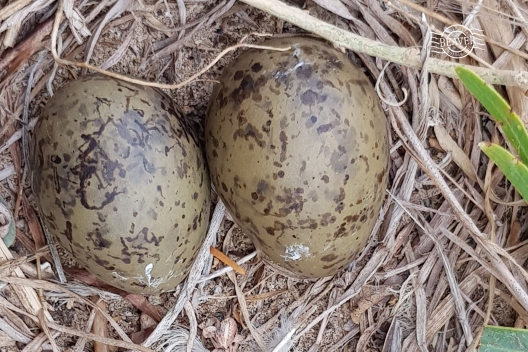 We then headed back to the beach looking for penguins but none were found.  I was glad we had spent the time in the discovery centre. 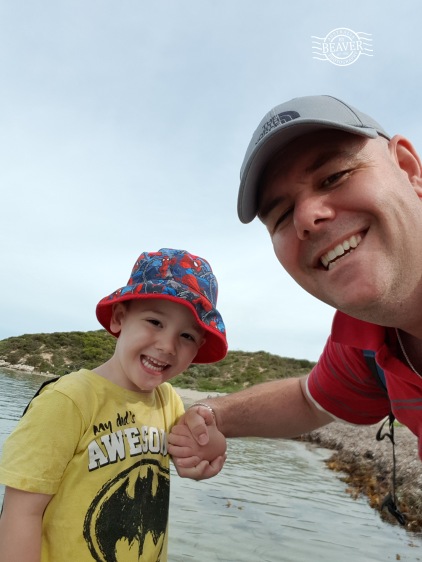 We then headed back into the discovery centre just to see the penguins once more before heading back to the mainland for lunch.

A great day – well worth a family trip.  Bring towels though – kids are highly likely to get wet!