An old friend of mine had expressed an interest in frogging as he has been encouraging Motorbike frogs in his garden for many years.  I had a free night and wanted to get out again before the birth of baby number 2 – I might not get a chance for a little while after!

It was a wet night in late September so still good frogging weather and I thought we could head back to a spot I had been before and blogged about but hopefully find my friend some different frogs that he hadn’t seen before.  The other blog will help you find it.

We didn’t initially see any possums but could hear Slender tree frogs calling along the Canning River – they have a harsh sounding “Grrkkkkk”.

We spotted a couple of possums.. this place is full of them!

And then I luckily spotted this Slender tree frog calling from some reeds above the river. 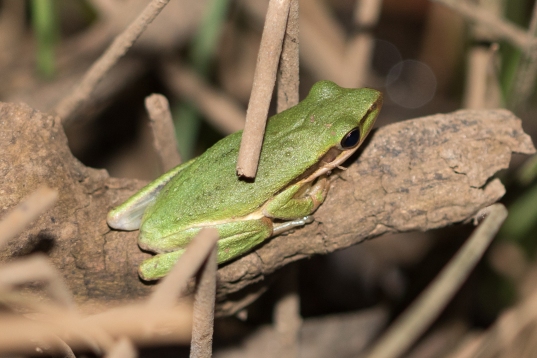 It was a pretty cold night so he didn’t move at all and allowed himself to be repositioned for some more photos.  He was put back onto the reeds and immediately started calling again for a girlfriend!

As my friend is interested in fish as well we looked in the water which I hadn’t done last time.  We saw quite a few pesky Gambusia (another failed Aussie introduction – meant to eat mossies but doesn’t but eats native fish which do eat mossies!) but noticed some freshwater crayfish and this small catfish like fella.  We also saw some nice freshwater shrimp. 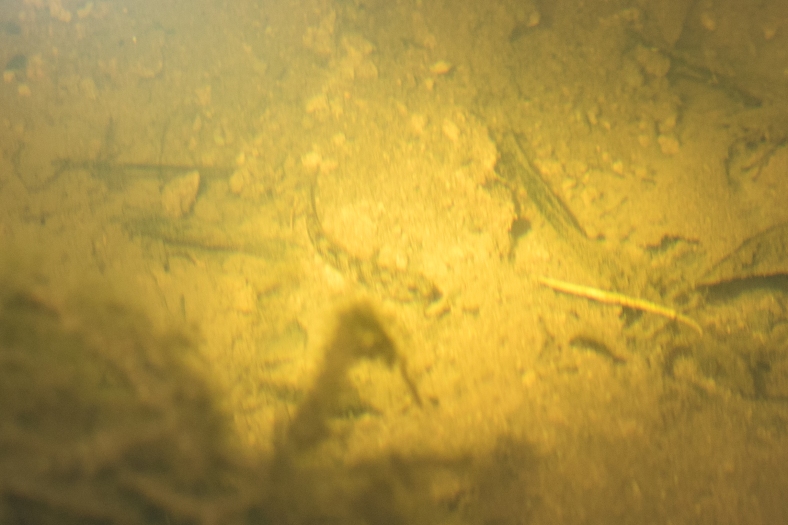 We walked over the boardwalk still looking out for different frogs and then saw this creature that causes so much damage to our environment.

While I don’t hate individual cats, I hate their impact on the native fauna.  They are born predators and I wish pet owners would be responsible and keep them in at night.  Not sure if this was a roaming domestic or a feral? 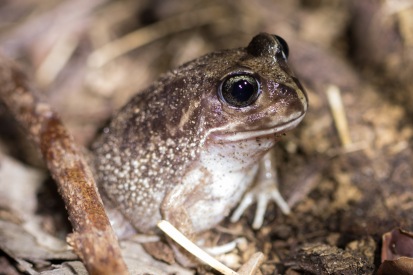 Not long after seeing the cat we saw these Moaning Frogs through their eyeshine.  Awesome little frogs – often burrowed down in the ground.

My friend took this shot of me in action taking photos of the frogs! 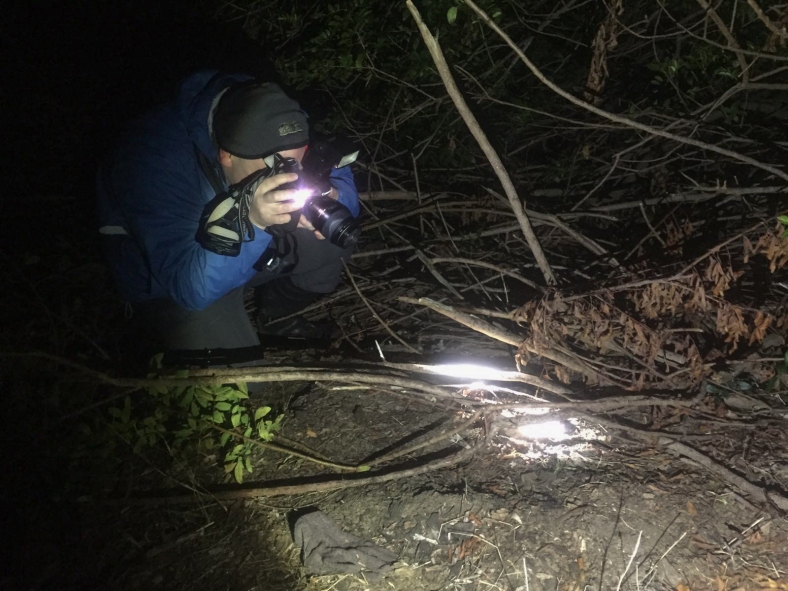 Another awesome night seeing all sorts of wildlife and so close to suburbia and the city.  I want to keep working my way up the Canning as their is a bush corridor – to see if the wildlife is still their closer to Perth.  Total possum count approx 25 – a few more than last time.. 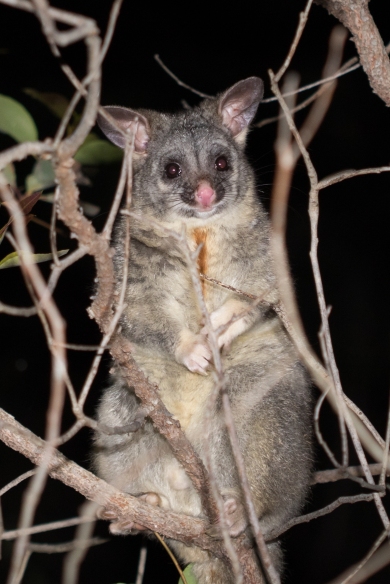 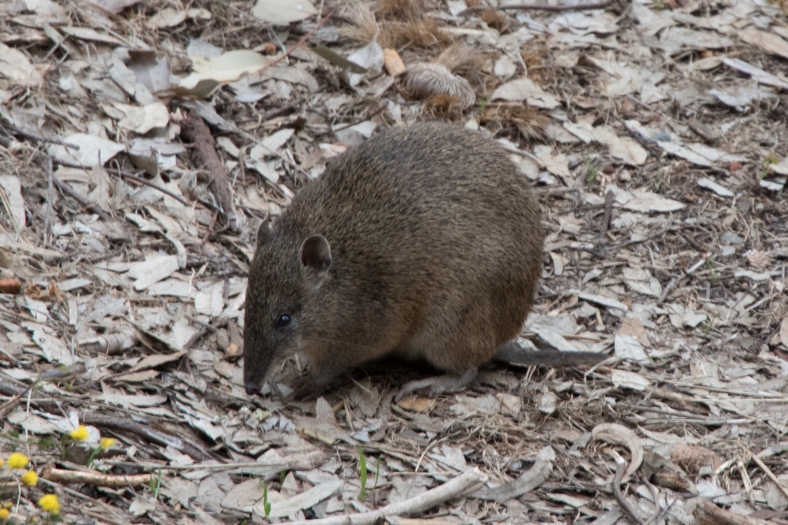 Last week I had a day off work and a few days before my 2.5 yr old son Liam had asked to go bushwalking.

My friend had given me some tips that Quenda could be seen around the picnic area just down from the Lesmurdie Falls Carpark.

Liam and I had a really nice bushwalk enjoying the views to Perth & waterfall and throwing stones stones into the “riber”. 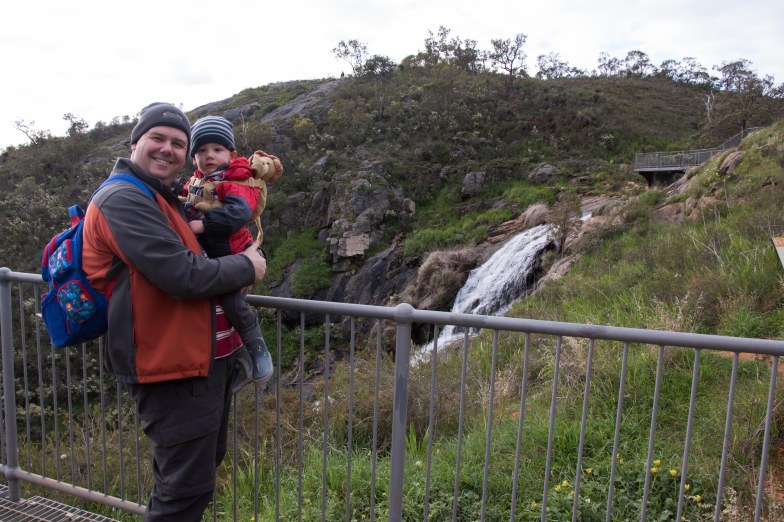 We spotted a red-eared firetail which Liam though was very cool name – he likes all things with fire – as he likes to put them out – just like Fireman Sam! 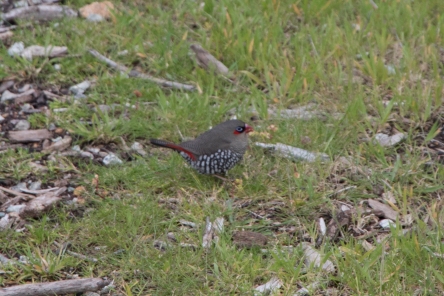 We had a picnic and then heard some people exclaiming “Dassie” – they were South Africans and had spotted a Quenda (formerly know as a Southern Brown Bandicoot) – Dassie is a little mammal that might superficially look similar.  In true Liam style he tried to feed it some of his cracker but the Quenda kept leaping about just keeping out of his reach!  Once he threw it a small piece it dashed off to munch it in a bush.  It seems pretty acclimatised to people.

All in all a lovely walk with some really nice wildlife sightings… though I missed all those snakes Liam said he saw! 🙂