Over the Christmas break my son and I went to Bremer Bay camping for 4 nights.  We had a great time and I hoped to get out spotlighting but only managed to take a whole lot of young kids out – but we had a lot of fun doing it and found mainly spiders.  No possums as hoped – though my son said he saw plenty 🙂 and it started raining at the end of our walk.

We did about 1000kms over the week and I saw lots of roadkill.  As a matter of interest I did a rough tally of what I saw: 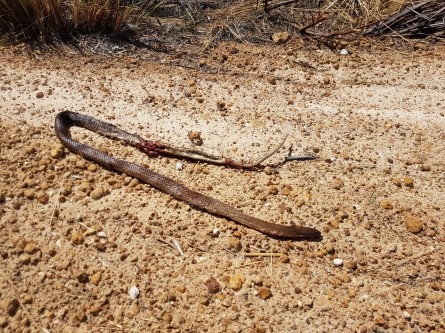 Wildlife takes a beating on the roads…

One thought on “Bremer Bay Trip and Roadkill”