My family and our close friends with their kids spent Easter in Mandurah in a lovely house by the ocean.  Its now something of a family tradition and in previous years we have headed out wildlife watching without kids.  This year they are that little bit older and my son often asks to go possum hunting – so instead of exploring somewhere new we took the kids to where we went last year in Dawesville and found many Western ringtail possum (Pseudocheirus occidentalis) also called by the indigenous name Ngwayir.

Ngwayir are critically endangered on the IUCN red list and one of the main threatening processes is habitat loss due to clearing.  They also can be predated on the ground by feral animals especially as many trees have gone and they typically don’t travel on the ground.  They are only found in the South-West corner of WA and often found in conjunction with Peppermint trees (Agonis flexuosa).

The population in Dawesville is one of the most Northerly that I am aware of and I understand they came from population expansions after reintroductions into the Yalgorup National Park.  Due to their threatened status I won’t say exactly where they can be found but please contact me if you would like location information.

We rounded the 3 boys up and got them all kitted out with lights.  We had quite a few “are we there yet” on the 30 min trip but they were excited as well!  We headed up the road where there are many overhanging peppermints – initially we didn’t see any and I had the thought – have they all gone!

But then I caught some eyeshine!  It was too far off in private property, but I soon saw another – which was a Ngwayir.

We saw quite a few more and saw this Common brushtail possum (Trichosurus vulpecula) or Koomal.  It was on the ground but shot up a tree when my 4yr old son ran to it! 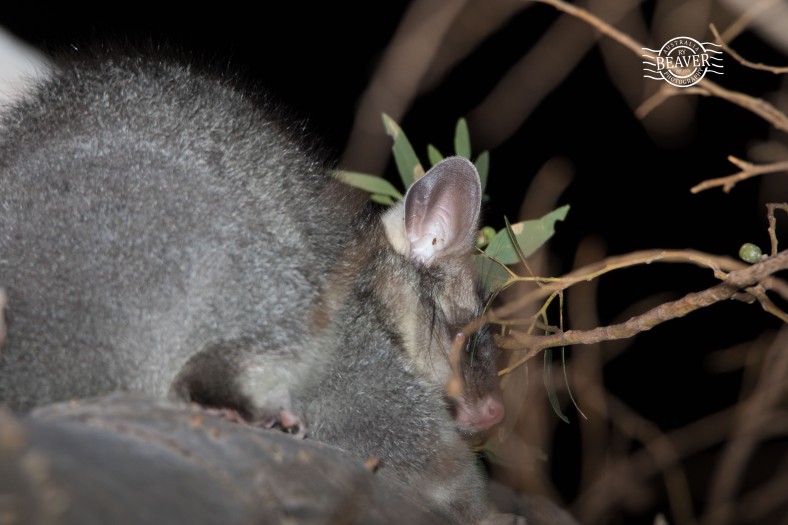 We saw these 3 ringtails that were quite low on a very thin tree and the kids got a very good viewing.  When they thought we were too close they showed amazing climbing skills grabbing onto the overhanging peppermint foliage and just scaling up.

We had a great night.  We also tried my bat detector but there were none around.  All up we think we saw approx 20 ringtails and 2 brushtails. 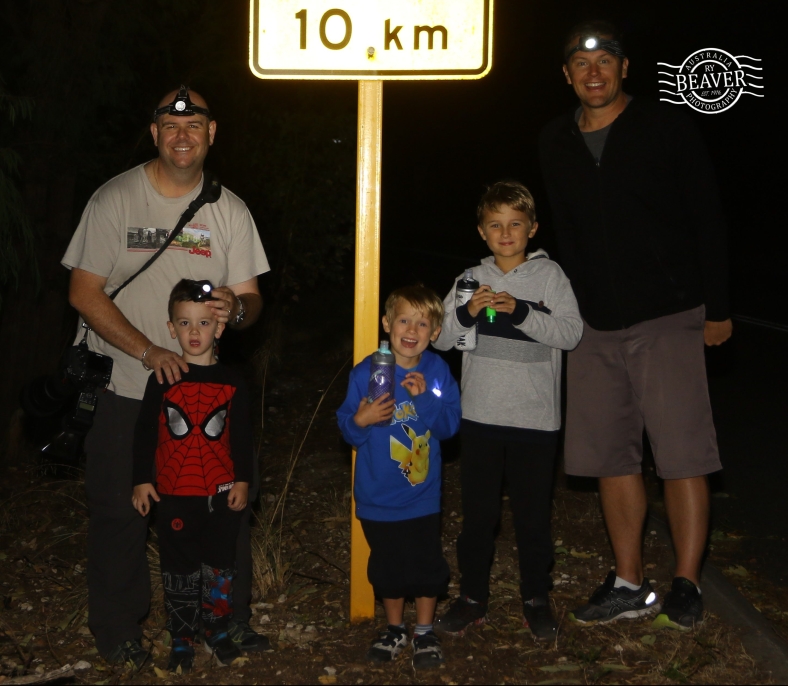