I checked recently and its been just over 2 years since I started this blog and this is my 49th!

I started with my first ever sighting of a wanbenger or Brush-tailed phascogale (Phascogale tapoatafa).

A year ago I shared my first blog anniversary post and I feel its been a pretty good past year as well – with more family involvement which is wonderful.  Liam, my 4 year old son, has joined me on a number of my adventures and also my beautiful wife Mel.  My daughter is now 19 months old – so she must be getting close to her first possum hunt and has come on many family bushwalks.

These were my target species from my first anniversary blog – 3 out of 5 now seen – not bad.

I have seen quite a few new species this past year but the highlight has to be my first numbat and maybe second a great viewing of a red-tailed phascogale that allowed me to take photos.

This next year I have a few new species on the list and a couple from last year still.

I am also hoping to find a few more frog species – looks like I have now seen all the 5 local burrowing Heleioporus species – with the Hooting frog (H. barycragus) a couple of weeks ago and I have had confirmation that the unknown frog we found at Tutanning is like a sand frog (H. psammophilus). 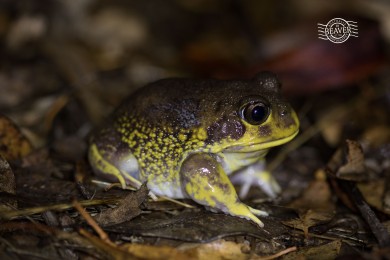